We have a new trailer of Echo Park! You can see a glimpse of Gale in it!


Here we are again for our traditional Christmas post!

We'd like to wish you all a Merry Christmas and a Happy New Year, a happy time spent with your family and friends and we hope that next year will bring all you wish for!

Best wishes to Gale! We wish for him to keep succeeding in great and exciting projects! Best wishes also to his family and friends!

Best wishes to our staff and to our followers!
Merry Christmas everyone... and thank you for staying with us!

The Green Bench has been submitted to the "Palm Springs International Short Fest." and "Woods Hole Film Festival", as announced on the film's official twitter. Let's hope the short will make the selection! Cross fingers!


On the 1st of December Gale Harold, along with Robert Gant, Michelle Clunie, Scott Lowell and Peter Paige, attended the AIDSWatch, a special memorial event for the AIDS lost lives, which takes place in West Hollywood every year on World AIDS Day.
Robert Gant posted on his Instagram a photo of them with David Reid, creator and producer of this peculiar art project! 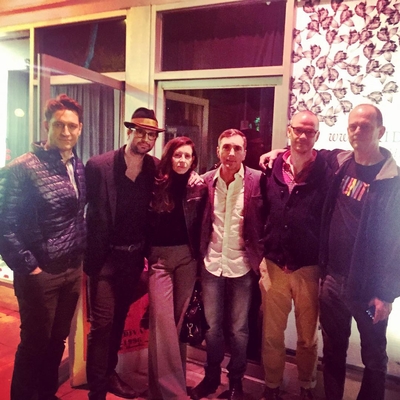 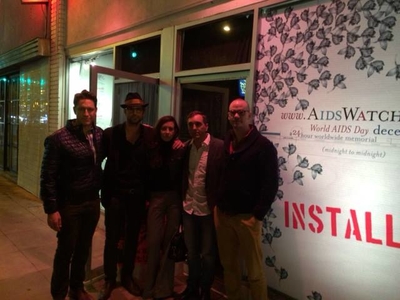 
"Happy to announce the film is done! Will keep you posted on film festivals. Happy Holidays, all!! And thank you so much for your support."

This caption was posted a few hours ago on The Green Bench's official Facebook page and official Twitter. The film is finally and officially done so we hope we'll be able to see it soon!
Can't wait to see Gale in such a peculiar role!


Since they started talking about Andron-The Black Labyrinth, the film's synopsis has always been kind of a mystery. Very few words described the rather intriguing story and left us in the dark!
Today, while surfing the net, we noticed a longer synopsis on the film's official page on AMBI Distribution's website. A few more clues...

"In the year 2154, a group of young men and women awake in a dark claustrophobic maze. They don't remember who they are or how they got stuck in the Black Labyrinth of ANDRON. The group must learn to decipher codes, understand the signals and beat the tests in this mysterious and bizarre place. Out of necessity they struggle to form a bond to survive, while the outside world watches and wagers on their fate."

We are a little late... later than usual, but here is the calendar for next year!

As usual, we'd like to remind you that you can give it to your friends as a gift for Christmas... or hang it on a wall in your house or use it as a wallpaper for your computer!

The calendar's format is a little uncommon and we hope that you like it! What else? Ah... Have a happy and fulfilling 2016 everyone!

Click on the image below to see (and save) the whole calendar...


Hello!
There's a new photo of Gale from Andron! In this picture Alex Martin, who posted the shot on his Facebook page, is tied up with ropes while Gale is right behind him with a very menacing expression! It sure looks like Gale's character is threatening Alex's! 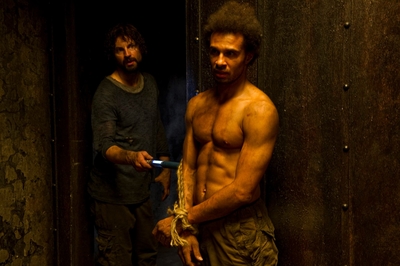 
Hello!
We have a little update about The Green Bench , the short, which is still in post production, written by Diane Sherlock and directed by Jim Likens, with Gale in the role of Jack. They're working on recording the dialog by using the so called ADR (Automatic Dialog Recording or looping). The update has been posted half an hour ago on the film's official Twitter and Facebook page.
comments


Weepah Way for Now, the movie written and directed by Stephen Ringer and casting Gale as a theatrical agent, entered two different Festivals.
It will be screened at the Galleria JFK Cinema Theatre 3 in Nassau, Bahamas, on the 9th of December at 3:30pm during the BIFF, the Bahamas International Film Festival, as you can read HERE .
The movie will also be screened at the Laemmle Santa Monica Film Center ( HERE ), during the Malibu Film Festival, which will take place from December 3rd to December 6th, but there isn't a scheduled date/time for its screening yet.